How to Survive Valentine's Day As A Single

How to Survive Valentine's Day As A Single

“What are you doing on Valentine’s Day?”

These words cut deep into the heart of a woman who doesn’t have a boyfriend. And worse, if she doesn’t have a boyfriend after previous solo Valentine’s Days. The more V Days that come along without her having a bf, the harder it is.
It could be that she’s had a bf here and there throughout the years, but just not at V Day. And that stings. Cuts. Shreds. Burns.
We’ve been conditioned that way. But you know what? This might shock you. Are you ready? It’s. Only. One. Day.
One day in your whole year. Only really 10 or so days in your life if you’re 25! What’s the big deal?
You survived Christmas Day, and NYE- those are the tricky occasions, not V- Day.  And you managed, either with people around, or without. I survived being alone for half of Christmas Day by cleaning up my spare room while I talked on the phone with a friend who was also flying solo. It was unexpected, and I made the most of it. Plus, it meant I had more time free for going out during the week. Bonus!
I’ve spent NYE on my own before, too. It’s no big deal really. I actually don’t even like going out on NYE. All the “best night ever” and pash pressure hoo-hah. No thanks, give me any Saturday night instead.
V Day is on a Tuesday this year. And what of those who’ve got regular Tuesday night activities? That’s great, you’ve already got plans. Good! Don’t change a single thing. Frankly, I’d like to think you’d still play netball if you did have a bf.  It’s just a day.
I can hear what you’re thinking, what does she know? Well, I’ve been on both sides of the bouquet of roses. I’ve been single, with a boyfriend, and married on V Days past. And I can tell you that being with the wrong bf- or husband- can be just as bad as being alone on V Day. Not to mention those who “don’t believe in Valentine’s Day.” Pfft.
Sure, it’s lovely to have someone to show you how much they love you, and shower you with gifts, making you feel like you’re the cat’s pyjamas- but that’s only one day too.
You should always feel like that. And the only person who’s really around for 365 days of the year, and the only one you can ever really rely on to make you feel special is you! No one knows you better than you do.
So buy your own Lindt, some sparkling, bubble bath, maybe a little sexy Bruno Mars music, and treat yourself.
Or, get the hell out of the house and go and spend it with the girls. Why not? Celebrate friendship and being good to yourself and each other.
So what are you doing on Valentine’s Day? 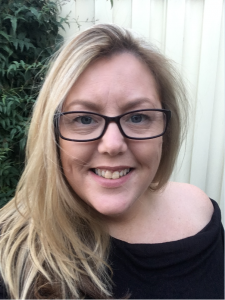